The majority of automated processes controlled throughout the spectrum of industrial facilities is carried out by PID loops. The Proportional Integral-Derivative algorithm is a stalwart technology, with companies relying on its simplicity and robustness as well as the abundance of human resource available for its implementation.

With that being said, not all processes can be controlled through PID loops, with some, e.g. multivariable, non-linear and random, relying on more advanced control techniques. A few decades ago, these technologies were only part of academic research, but today, the availability of high-powered computing platforms has enabled even small-scale industries to reap their rewards.

It must be understood that PID fulfills the basic regulatory control requirements of most industrial units, serving as a backbone for more advanced solutions. Advanced Process Control or APC is built on top of a plant’s PID-based control layer. In order to ensure that APC does its job correctly, the underlying PID must be running effectively.

PID has been embedded within the industry for decades, resulting in the production of considerable amount of literature and highly-skilled workforce. The management team of a plant is often looking to minimize risks and agree that PID performs a satisfactory job at maintaining safety and reliability among control tasks. The implementation of an APC solution would require changes within the plant’s PID, deviating from the original design. As this involves risk, in order to get all teams onboard with the decision, there has to be the prospect of significant financial profit.

It has been repeatedly found that fine-tuning of the PID control can lead to a level of cost-effectiveness that is close to that of implementing an APC.

APC solutions are more complex to implement and maintain compared to their PID counterparts. Sophisticated algorithms in conjunction with multiple empirical models of a given process are used to proactively drive the advanced predictive control solution. The solution’s modeling function allows adjustment of multiple dependent variables such as valve position, set point, etc.

However, both PID as well as APC require significant amount of supervision in order to ensure they are adapting according to changing process dynamics. APC takes the lead here as once the advanced algorithms have been implemented, they require little intervention, something that is not true in the case of PID controllers.

How strong is the case for APC?

PID controller is based on feedback technology, meaning its response is reactive. The process variable serves as the input, which then decides the controller’s output, depending on the error calculation. On the other hand, an APC utilizes a proactive approach, depending on advanced modelling techniques to predict the size and timing of disturbance.

The PID has proved its worth over the decades, being both simple and cost-effective, however, with the passage of time the need for complicated control, erodes its usability. This combined with the inverse trend between computing power & cost as well as development of sophisticated automation techniques in the midst of the fourth Industrial revolution, makes a strong case for the implementation of APC solutions. 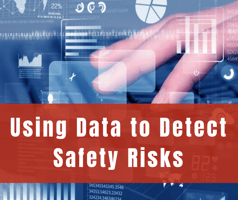 The Digital Enterprise architecture is disrupting conventional workflows, changing the ways in... 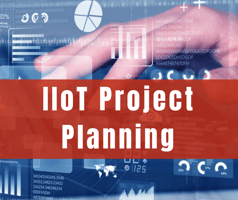 The plethora of communication protocols and exhaustive list of security configurations make IIoT...