What does Internet of Things Really Mean for Manufacturers? Whether you call it Industry 4.0, Internet of Things (IoT), Digital Factory or any other related tech-savvy name, the mass-acceptance of IoT is on the verge. We’ve all heard the buzz about this amazing revolution and how it would change global manufacturing, but what promises does it bring for manufacturers and makers? Will it really cut-off all existing liabilities and help a plant reach its true potential? Let’s have a take on these questions.

Distributive-centralization may be the one term that explains IoT’s true vision. The Internet of Things is bigger than one aspect or one architecture. Its more than extending industrial networks down to the very last asset, its making sure processes are carried out safely, more accurately and reliably. Its relying on Artificial Intelligence to help with allocation of resources and management of assets. From production till supply chain, IoT has a lot to offer.

IoT plans to take network connectivity to new heights by helping with diagnostics, recipe management, resource allocation, automated monitoring & control, etc. “Internet” is encapsulated within IoT’s abbreviation and one of its prime goals is to incorporate cooperative networking. This would help devices of varying standards communicate with their designated systems, allowing the centralized server to form a mesh of controls for intelligently automating all tasks.

At the same time, safety seems to be one of the biggest concern with respect to the technologies IoT plans to bring. From assembly to push-buttons, manufactures can’t take any rouge bit from adversely affecting their production.

Improving a network’s safety would greatly boost confidence in the system and effectively improve productivity. The respective concept that fits right in is that of “networked safety”. Safety is embedded within all industrial connections, at every stage, no matter how manner. The vast array of devices available means every single state change can be logged and monitored in real-time, allowing the operator to actively interfere any fault, breach or unexpected operation.

Through intelligent software modules, servo motors, VFDs, etc. can be preemptively studied, their behaviors monitored, and appropriate signals generated to halt/reset action on specific times. This will greatly eliminate the need for an operator to come in and reserve manual input only during extreme conditions.

Monitoring is traditionally done in terms of cycles or hours. The key to ensuring proper maintenance is monitoring based on machine’s dynamic conditions. Studying physical disturbances through networked sensors can allow central systems to form a detailed list of any asset’s conditions. This would make scheduled maintenance a pre-emptive task that automatically takes place during machine operation, and not one that’s executed at a particular time.

Monitoring such as frequency analysis would allow identification of the root cause of any issue before it damages the entire setup. IoT’s reliance on networked sensors make this a reality and something that would actually achieve tangible benefits.

Electrical energy may be the most quantized resource in a plant, but true resource allocation can only take place when every single source is taken into account (water, gas, temperature control, compressed chemicals, etc.). IoT plans on bringing these resources into the loop, and using the data collected to form routines that would help increase the plant’s efficiency.

Utility costs are only bound to increase with the passage of time as the world becomes more energy-hungry. Efficient allocation would translate into lowered costs, saving resources that can be used when demand peaks.

Pushing intelligence down to the device level is IoT’s primary goal. But it does not mean interconnecting each and every asset would achieve this goal. Sure, it’s one of the initial steps when it comes to making a device intelligent but at the end of the day, it would be onboard programming that would do the trick.

For instance, auto-compensation within servo drives lets them respond to anomalies firsthand, without waiting for a response from the central system. This makes sure that the technician’s resources aren’t wasted and he/she is left with more important tasks.

One IoT concept that does rely on communication is Autoconfiguration. Every manufacturer can relate to this. Previously, any component that required firmware upgrades had to be manually replaced/connected to associated hardware. IoT’s high level of connectivity would make sure every update/upgrade hits the equipment through ethernet communications.

This would massively save engineers’ time with upgrades, connections and reconfiguration, as there are effectively hundreds of devices in any plant or assembly line.

Another way through which IoT instills intelligence within devices is onboard field programmable gate arrays, which allow I/O slices to communicate with the devices without going through PLC CPUs. This means scan times can be eliminated altogether, reducing response times to as short as 1 micro second.

Push-buttons, often thought of as lowly devices with limited functionality, become networked nodes within the Digital Factory. Instead of keeping up with their hardwired, dedicated functions, push-buttons would be able to plug into industrial ethernet and be used for virtually any task, if it’s on the network.

The kind of onboard intelligence IoT would bring solid changes within the plant’s finances. The accumulation of Big Data would create a fully-implementable simulation which can be used for less-experienced workers to work their way through faults.

The use of virtual networks would greatly cut redundant staff, which could then be used elsewhere. A single maintenance technician would be enough to observe the type of changes requested, and their respective outcomes, remotely. If the changes reflect no negative change, it would be implemented, otherwise it would be halted.

These were just few of the several features IoT plans on bringing and the changes that manufactures would practically experiences. IoT isn’t the name of a virtual concept that would exist within the realms of computers, but it is something that would bring about real-world changes through monitoring, control and intelligent, coordinated automation. Globalization has deeply penetrated itself into major markets, and its effects can be seen all over... The manufacturing industry has been keen on getting on board with the Industry 4.0 trend, and while... 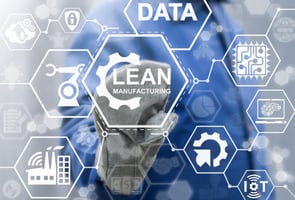 Industrial IoT Monitoring Defines the Next Phase of Automation

The use of IoT technologies in manufacturing is what simply constitutes Industrial IoT. The concept...