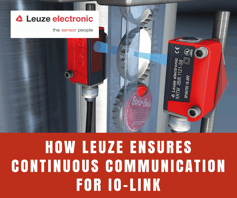 Data is sensed, processed & acted upon within an industry through a wide range of sensors & actuators, which by now have become intelligent enough to perform a number of sophisticated activities with little intervention. But despite many innovations in interface technologies, an economical & reliable solution has still been missing that would conclusively address uninterrupted communication down to the lowest field level.

IO-Link is a serial, digital communication protocol that would be used within automation technologies to connect sensors/actuators within an automation system. With the IO-Link, the “last mile” problem of communications with sensors & actuators would be neutralized through digitization. While previously only binary switching states and analog signals were transferred, IO-Link would even allow status information to be read by the sensor or actuator.

IO-Link has traversed from the concept of being a bus system and transformed into a point-to-point connection between the IO-Link device and the connection unit.

Contrast sensors can be used to detect a variety of light sources, from white to laser-generated red to RGB. Leuze Electronic contrast sensors provide highly accurate detection & comparison between changing contrasts and deliver the results with minimal signal jitter.

Retroreflective sensors are based on the simple principle of obstruction between a light beam, which sparks a response from an actuator. Such photoelectric sensors are commonly used in safety-related applications. Leuze Electronic offers photoelectric sensors based on its IO-link technology to provide uninterrupted, blazing-fast communications to your system. The various sensors offered by Leuze include:

Light Curtains are an essential requirement of any facility with machinery that can pose a risk to human life. By eliminating safety risks, light curtains indirectly improve the productivity of the environment. Leuze Electronic offers the following light curtains:

Interested in learning more about Leuze Electronic benefits and solutions? No manufacturing industry that relies on automation can turn a profit without using accurate and...

The Internet of Things (IoT) has taken the manufacturing world by storm. By tapping into the... 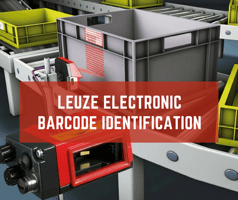 The identification of objects is a vital part of any assembly line, which as a whole serves a...